A selling frenzy of cryptocurrencies this week, caused by Chinese financial leaders and Elon Musk, has seen Bitcoin and many other coins plunge in the market.

It has been a wild 24 hours in the crypto world. China’s recent crackdown on cryptocurrencies along with cryptic tweets from Musk triggered a selling frenzy which has seen a dramatic drop in market value for the world’s biggest coins.

Live data provider, CoinMarketCap, reported overnight that the value of the cryptocurrency market had fallen by 20 per cent, before the website eventually crashed due to the amount of people trading. The massive selling wiped roughly $350 billion of the market’s value.

The price of Bitcoin, the world’s most heavily traded cryptocurrency, plunged to nearly 30 per cent overnight. While that decline narrowed to below 10 per cent in the following hours, Bitcoin still lost tens of billions of dollars in market value in 24 hours.

Bitcoin is now at its lowest market value since early February, with other major cryptocurrencies also taking significant blows overnight.

Why is Bitcoin crashing? 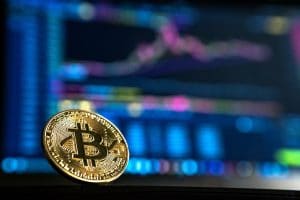 The price of Bitcoin, the world’s most heavily traded cryptocurrency, plunged to nearly 30 per cent overnight.

Bitcoin’s drop in the market significantly intensified on May 18, after China banned financial institutions from providing services related to cryptocurrencies. The ban means all payment services, including banks and online payments channels, must not offer clients any services involving cryptocurrencies.

“Prices of cryptocurrency have skyrocketed and plummeted recently, and speculative trading has bounced back. This seriously harms the safety of people’s property and disturbs normal economic and financial orders,” read the statement.

Almost every cryptocurrency fell after the industry group’s statement.

Why is Elon Musk involved? 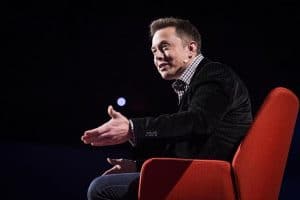 Elon Musk continues to have an affect on cryptocurrencies. Source: James Duncan Davidson

In February this year, Tesla announced it bought US$1.5 billion of Bitcoin, before it began accepting it as payment for its cars in March, driving a roughly 20 per cent rise in the coin.

Bitcoin’s initial slide backwards then set off on May 12 when Tesla CEO, Musk, announced that Tesla had suspended their decision to allow people to buy cars using Bitcoin. Musk cited environmental concerns about the use of fossil fuel for mining the cryptocurrency.

In a statement, Musk said Tesla would not sell any Bitcoin and intended to use Bitcoin for transactions as soon as its mining transitioned to more sustainable energy.

“Cryptocurrency is a good idea on many levels and we believe it has a promising future, but this cannot come at a great cost to the environment,” he said.

His announcement sent Bitcoin plummeting 7 per cent and set the tone for the big pullback recently in most cryptocurrencies.

However, during yesterday’s tumbles from China, Musk posted a diamond and a hands praise emoji. It is a reference to the term “diamond hands”, used by WallStreetBets traders, which indicated that Tesla is holding on to its bitcoin position.

“Credit to out Master of Coin,” he added.

Why is Elon Musk concerned with Bitcoin and the environment?

Bitcoin currency is created by a process called “mining”. Bitcoin mining is a process of generating new coins in which high-powered computers across the world are used to solve complex mathematical puzzles.

The cryptocurrencies are based on a decentralised network that need to be “mined”. This is an energy-intensive process that currently often relies on electricity generated with fossil fuels, particularly coal. If the price of bitcoin increases, so does the amount of energy being used.

It has been estimated that bitcoin mining uses the same amount of energy annually as the Netherlands did in 2019, according to the latest date from the University of Cambridge and the International Energy Agency.

Bitcoin is no stranger to dramatic changes in price. A similar crash happened a few years ago which saw the cryptocurrency worth only a few hundred dollars, and as we now know, the price of a single bitcoin hovers around $50,000.

Bitcoin famously has a cult-like devotion and confidence in its mysterious and pseudonymous founder, “Satoshi Nakomoto”, and this week has served an ultimate test to crypto devotion.