You are here:
ScienceHealth

State Premier Annastacia Palaszczuk has announced voluntary assisted dying legislation will be put before the Queensland parliament next week.

Palaszczuk stated the “the time was right” to introduce the bill which would seek to legalise voluntary euthanasia in Queensland.

The bill to establish voluntary assisted dying fulfills a commitment the premier made to Queensland prior to the state election in October 2020.

Palaszczuk stated it may “be the most important work this parliament will do,” and that government MPs would be allowed a conscience vote.

The bill comes after the Queensland Law Reform Commission (QLRC) handed the government its report on the legal framework and had consultations with a range of health practitioners, organisations on both sides of the debate, religious bodies, unions, and members of the public.

After the legislation is introduced to state parliament next week, the Health and Environment Committee will have a 12-week consultation period. It is expected the bill will then be debated and voted on in September, and, if passed, will be implemented roughly around January 2023.

“I urge all Queenslanders to follow the debate and participate in it with the utmost respect for other people and other points of view,” Palaszczuk said. 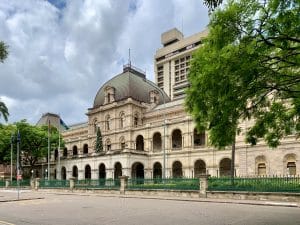 The bill will be put before Queensland parliament next week.

In Victoria, voluntary assisted dying has been in place since June 2019, and will commence in Western Australia and Tasmania in July 2021 and October 2022, respectively.

The Minister said there were a number of safeguards and processes to ensure the scheme was genuinely voluntary and without coercion.

It’s important there are appropriate safeguards in place to protect both those who seek to use voluntary assisted dying as an end-of-life option and medical practitioners and entities asked to participate in the process,” she said.

“Under the draft laws, more than one medical opinion is needed, and there are requirements around eligibility and decision-making capacity, as well as provisions for medical practitioners to conscientiously object.”

The QLRC has recommended that to access voluntary assisted dying, a person must:

Jennifer Cefiro is a contributing author at NewsCop

Lockdown Loneliness and the Science Behind Nostalgia
21 October 2021