State of Origin to Provide Big Regional Boost for Queensland

As Townsville prepares for an influx of rugby fans, game one of State of Origin is expected to inject around $7 million into the local economy.

As has been the case on several occasions in sport during the pandemic, Melbourne’s loss has been Queensland’s gain, with Wednesday’s series opener shifted from the MCG to Queensland Country Bank Stadium.

Last year, COVID-19 forced the unfathomable when the AFL grand final was played in Brisbane. This time, the capital of North Queensland, Townsville, is reaping the benefits.

Game one of State of Origin is tipped to generate $7 million for the North Queensland economy – helping to drive the region’s recovery from COVID-19.

In preparation for the last-minute announcement to host game one, up to 2000 extra seats are up for grabs after installation of new temporary grandstands was completed at Queensland Bank Stadium yesterday. 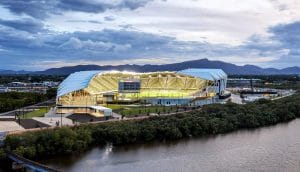 Queensland Country Bank Stadium, Townsville, was built in early 2020 and has been a major attraction for sporting events and concerts. Source: Ausstadiums

“This event will delivery huge economic benefits for Townsville and support local jobs,” Premier Annastacia Palaszczuk said in a statement.

“These extra grandstand seats will lift capacity to around 28,000, ensuring State of Origin is the biggest sporting event Townsville has ever seen.

Tent city and Caxton Street of the north

Match tickets were initially sold out within 15 minutes as tens of thousands joined online queues while others fronted ticketing stores.

For those lucky enough to grab tickets, their next obstacle was maneuvering the flooded hotel market, with prices marked up and near full capacity just days from the event.

Townsville’s answer was the creation of ‘Tent City’, also called Footy Basecamp. Built over three days last week, the tents are set to accommodate up to 200 people for the game.

It comes after hotel bookings have surged with hotels experiencing an influx of tourists from other parts of the state and south of the Tweed.

Fans staying at the temporary site will be provided transport to and from the game, 24-hour security, and toilet facilities.

Over the weekend, a 50 per cent reduction on the original price was offered to people willing to camp in the tents in a bid to attract more bookings.

The local council has also unveiled plans to transform the popular Flinders Street into the Caxton Street of the north. Giant screens and entertainment will be set up to cope with the overflow of people, mirroring its Brisbane counterpart famous for its game-day buzz.

Resources Minister for Townsville, Scott Stewart, said there would be a fantastic atmosphere in Townsville for the first game of State of Origin. 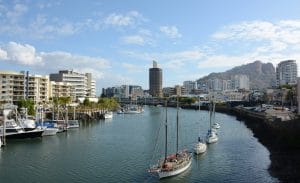 State of Origin will give Townsville, the capital of North Queensland, a big economic boost.

“This will be huge for our city and will be great exposure for Townsville on the national stage.

“The Palaszczuk Government built Queensland Country Bank Stadium to attract world-class events which helps so many businesses, particularly during our economic recovery.”

Rebuilding Queensland’s tourism industry has been an important part of the Palaszczuk Government’s economic recovery plan. With Queensland now hosting two games of the State of Origin, it continues the state’s bursting year for big sporting events.

As well as the men’s series, Queensland also boasts hosting the Women’s State of Origin at the Sunshine Coast on June 25.