A new report shows the of number Aboriginal and Torres Strait Islander children in out-of-home care continues to be high, despite overall rates remaining steady.

The annual report released by the Australian Institute of Health and Welfare (AIWH), titled “Child protection Australia 2019/20”, shows one in four of the roughly 46,000 children in out-of-home care in mid-2020 were Aboriginal and Torres Strait Islander children.

Out-of-home care is one of a range of services provided to children who are in need of protection and who are unable to live with their birth family.

The new statistics from the AIWH indicate Aboriginal and Torres Strait Islander children form a large number of kids who have received child protection services, including for child abuse and neglect, children on care and protection orders, and children in out-of-home care.

63 per cent of that group were living with family or other Indigenous caregivers, with the rest in other arrangements, including foster care.

Roughly 14,300 Indigenous children had reports of abuse substantiated, with emotional abuse (47 per cent) and neglect (32 per cent) the most common cases.

“Children from very remote areas were three times as likely as those from major cities to be the subject of a substantiation,” AIHW spokesman Dinesh Indraharan said.

“That is, when a notification has been investigated and there was reasonable cause to believe the child had been, was being, or was likely to be, abused, neglected or otherwise harmed.” 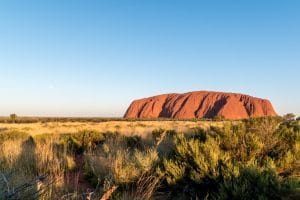 Victoria had the highest reported rate of Indigenous children in out-of-home care of all states and territories, followed by Western Australian and Australian Capital Territory.

“In positive news, over 80 per cent of Indigenous children who exited out-of-home care into more stable and permanent arrangements, did not return to care within 12 months,” Mr Indraharan said.

The widely available research and literature surrounding the issue acknowledges that children and young people in out-of-home are vulnerable and have increased physical, mental, and social health needs, and with access to resources.

More generally from the AIHW report, the rate of children living in out-of-home care has remained steady in Australia the past four years despite overall numbers rising from 43,100 to 46,000 over that span. 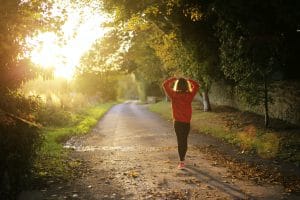 Children and young people in out-of-home care can face many mental and social challenges.

The Department of Health explains the compromised health status of children in out-of-home care may be result of previous abuse and neglect.

In addition, children within the child protection system have commonly been exposed to other disadvantage within their families, such as parental alcohol and drug abuse, domestic violence, mental health issues.

Trainers and assessors at Australian College of Community Services and Care find that the high number of Aboriginal and Torres Strait Islander children in out-of-home care is concerning.

“There is clearly a need for more training for First Nations people to become youth support workers and family support workers who can help in redressing this inequity,” trainer and assessor, Mark Cresswell said.

“More workers in communities will be a positive measure to help close the gap.”

You can call any of the following community services for support or advice. However, if a child is in danger, please call the police on 000.