Naomi Osaka’s decision to withdraw from the French Open, sparked by a media boycott and mental health issues, has prompted an outpouring across the tennis and sporting world.

Osaka declared prior to Roland Garros that she would not speak to the media, tweeting: “I’ve often felt that people have no regard for athletes mental health and this rings very true whenever I see a press conference or partake in one.”

The 23-year-old was subsequently fined US$15,000 after she skipped the postmatch press conference following the first-round victory over Romania’s Patricia Tig on Sunday. 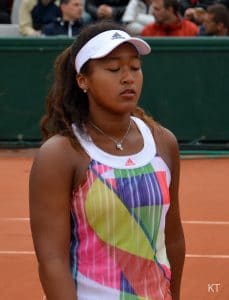 Osaka announced prior to the tournament that she would not partake in media press conferences.

The four-time Grand Slam champion released a statement on Tuesday confirming she would no longer take part in the tournament after her decision to boycott post-match press conferences sparked controversy.

“This isn’t a situation I ever imagined or intended when I posted a few days ago,” Osaka said on Twitter.

“I think now the best thing for the tournament, the other players and my well-being is that I withdraw so that everyone can get back to focusing on the tennis going on in Paris.

“I never wanted to be a distraction and I accept that my timing was not ideal and my message could have been clearer.”

Many tennis pundits interpreted her original statement of not speaking to the press as a way of avoiding tough questions about her record on clay.

Osaka, now one of the biggest names in women’s sport and the highest-earning female athlete, went on to say she had suffered “long bouts of depression” since 2018. 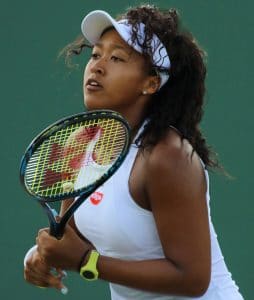 Osaka was the highest-paid female athlete in the world for 2020, according to Forbes top-10 female athlete rich list. She earned a total of US$37.4 million.

After defeating her idol, Serena Williams, to claim her first Grand Slam at the 2018 US Open, Osaka was booed by the crowd during the presentation ceremony as her victory was overshadowed by William’s outburst following a row with the umpire.

Osaka cried for much of the trophy ceremony, pulling her visor down to cover her eyes and even apologised to the crowd for beating Williams.

“The truth is that I have suffered long bouts of depression since the US Open in 2018 and I have had a really hard time coping with that,” she said, adding she would “never trivialise mental health or use the term lightly”.

“Anyone that knows me knows I’m introverted, and anyone that has seen me at the tournaments will notice that I’m often wearing headphones as that helps dull my social anxiety.”

The decision to withdraw was the climax to Osaka’s days-long boycott of post-match press conferences, claiming they worsened her anxiety.

The former number one described how being asked the same questions repeatedly, or having doubt embedded in her mind by questions, had damaged her confidence.

“I’m just not going to subject myself to people that doubt me,” she said.

The four Grand Slams originally issued a joint statement on Monday threatening Osaka with disqualification if she continued to snub the media.

However, after her stunning withdrawal from the tournament, the Grand Slams pledged to address her mental health concerns.

On behalf of the grand slams, we wish to offer Naomi Osaka our support and assistance in any way possible as she takes time away from the court,” Tuesday’s statement from the French Open, Wimbledon, US Open, and Australian Open said.

On behalf of the Grand Slams, we wish to offer Naomi Osaka our support and assistance in any way possible as she takes time away from the court.

“Mental health is a very challenging issue, which deserves our utmost attention. It is both complex and personal, as what affects one individual does not necessarily affect another.”

Nevertheless, Osaka’s decision to push back against the tennis authorities and share her mental health struggles has placed athletes into the spotlight and boosted hopes that greater attention will be given to the pressures faced by all athletes and the press, particularly women and players of colour.

With the mental health of athletes as her focus, Osaka’s decision to boycott her media commitments in Paris has split the sporting world.

Pundits clamored to defend the press, and fellow tennis and sporting stars either distanced themselves or supported her.

Ash Barty, Rafael Nadal, Kei Nishikori, and Iga Swiatek were among tennis players who all said speaking to the press is part of the job.

Tennis icon, Martina Navratilova, tweeted: “I am so sad about Naomi Osaka”.

“I truly hope she will be OK. As athletes we are taught to take care of our body, and perhaps the mental & emotional aspect gets short shrift,” she wrote.

I am so sad about Naomi Osaka.I truly hope she will be ok. As athletes we are taught to take care of our body, and perhaps the mental & emotional aspect gets short shrift. This is about more than doing or not doing a press conference. Good luck Naomi- we are all pulling for you!

Former tennis pro, Mardy Fish, tweeted: “Mental health is nothing to criticise. Nothing to joke about. Pls take your mental health seriously. Without my support system, I truly believe I would not be here today. Here for you.”

Serena Williams also weighed in saying she “feels for” Osaka and has also experienced “very difficult” press conferences in her career.

“The only thing I feel is that I feel for Naomi. I feel like I wish I could give her a hug because I know what it’s like,” Williams said after her first-round win at the French Open.

“Everyone is different, and everyone handles things differently. You just have to let her handle it the way she wants to.”

The support for Osaka extended beyond the Tennis world as sporting stars including Steph Curry, Kyrie Irving, Usain Bolt, and Lewis Hamilton reached out on social media.

You shouldnt ever have to make a decison like this-but so damn impressive taking the high road when the powers that be dont protect their own. major respect @naomiosaka https://t.co/OcRd95MqCn

Sports podcaster, Dave Zirin, said “the treatment of Osaka by the Lords of Tennis has been shameful” while sport reporter, Dov Kleinman, tweeted: “This is a shameful situation for those forcing Osaka to withdraw from the French Open.”

Meanwhile Piers Morgan is standing by his criticism of Naomi Osaka despite a fierce backlash on Twitter after he accused her of playing the victim and adopting a strategy straight from the “Meghan and Harry playbook”.

The British media personality responded to a host of tweets criticising him – some of which accused him of having an issue with women of colour.

Morgan tweeted: “I have a problem with high-profile people who exploit the media for huge financial gain and then attack the same media and use mental health as a weapon to silence criticism.

It remains to be seen whether Osaka’s stand will have any lasting impact on the sport or its requirements that athletes face daily cameras and questions.

Osaka, however, seemed confident on Twitter that change would come.

“Anger is a lack of understanding. Change makes people uncomfortable,” she said.

Need to talk to someone?

Don’t go it alone. Please reach out for help.