Men’s Health Week: The Mental Health Crisis We Need to Keep Talking About

According to Lifeline, nine Australians take their own lives every day and seven of those are men.

The rate of Aboriginal and Torres Strait Islander peoples is double that of their non-Indigenous counterparts, while people in rural populations are twice as likely to take their own lives than their city counterparts.

Today, suicide remains the leading cause of death for Australians between the ages of 15 and 44.

This week is Men’s Health Week, and even though the number of males reaching out for mental health support is steadily rising, there is a crisis that we need to keep talking about. 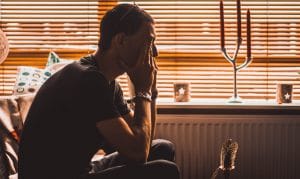 This year’s nationwide Men’s Health Week, led by Western Sydney University (WSU), will see communities and organisations across Australia unite under the theme of ‘Connecting for Men’s Health’.

Held from June 14 – 20, the annual initiative will raise awareness for the health and wellbeing of men and boys by encouraging connections through family, community, culture, and mateship, and by highlighting essential health services.

During the month of June, members of the community will be encouraged to host or attend an event, share a positive message online about the men in their lives, or reconnect with their close mates.

According to Dr Neil Hall from WSU’s Centre for Male Health, Men’s Health Week is an important time to reconnect and focus on the health of men and boys.

This week presents us with another opportunity to have an open conversation about a topic that many of us aren’t great at talking about: our mental health.

“Supporting men to achieve good health is something we can all work towards — a simple conversation between friends can be the start of something positive, so we’re encouraging everyone to get involved,” he said in a statement.

“It might be through hosting an event to create awareness, through to picking up the phone to a loved one, or sharing resources and information.” 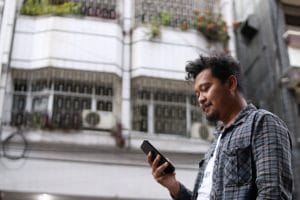 A simple phone call, conversation, or text message can do many positive things to help a mate out dealing with issues.

“Our research has found that young men are starting to seek help and advice more freely but more needs to be done to support all men to reach out for help when they need it.”

This week’s initiative of connection promotes a culture that encourages open conversations about mental health, highlighting the resources and services available to men, and promoting self-care behaviour, including appropriate help-seeking.

Everyone can play a role in removing the shame that surrounds mental illness and communicating to our family, friends, and colleagues that it’s okay to have problems. 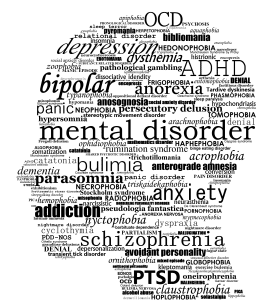 Mental health can stem from a wide range of different origins and can be caused by a combination of things that have built up over time. (Image: Wikimedia Commons)

There are many social and socioeconomic factors that lead to the concerning nature of male mental health and wellbeing.

Within an industrialised society, such as Australia, males are known to avoid seeking help – particularly for mental health issues – and demonstrate toughness and self-reliance rather than displaying emotional vulnerability. A complex factor surrounding this is self-stigma and perceived stigma – both of which are evidently widespread in Australia and can be extremely debilitating.

Julie Lin, a trainer at Australian College of Community Services and Care, says women are just as responsible for supporting men with their health as men are.

“We need to stop placing labels especially placing shame upon men,” she said.

“Shame places a barrier that men find hard to ignore and we need to encourage these difficult conversations.”

“We should be saying to our partners, our fathers, our sons and brothers, have you been looking after yourself? Are you okay?”

Lin says the mental health crisis in men is rising each year and is affecting how men perceive their roles in communities.

“It is time to stand together,” Lin said.

Beyond Blue emphasises men are less likely to seek professional help for issues, particularly those of an emotional nature. Men are constantly told directly and indirectly that talking about their feelings is somehow weak. This can not only be harmful for men themselves, but for the people around them too. 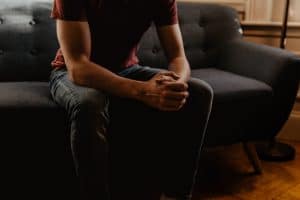 Some men are wired to keep their feelings to themselves, which can ultimately be extremely harmful to themselves and those around them.

This is particularly evident for young same sex attracted men, those from Aboriginal or Torres Strait Islander backgrounds, and those living in rural and isolated areas.

While there are plenty of medical and health professional options available to men, some prefer the quieter approach to their wellbeing and mental health.

This has seen an increase in grassroot community groups that are more social and less clinical in helping men with their mental health issues.

The Men’s Health Week initiative will spotlight local men’s groups, including Men’s Walk & Talk, Men’s Table, and Men’s Sheds, who at the grassroots level provide a range of important support services to men and their families.

Some nationwide groups for men to connect:

To assist people in finding these activities, WSU has partnered with PlaySport — an online platform that connects people with sport, recreation, and wellbeing programs nationwide.

Dr Emma George from the Centre for Male Health said these organisations play a crucial role in improving health outcomes for men.

“This year’s initiative will highlight the important role men’s support networks can play, and the practical steps men can take towards achieving better mental and physical health,” George said in a statement.

“By creating environments in which men feel supported and empowered, we can encourage open conversations about mental and physical health, and the importance of connecting with health services.”

Look out for your mates

Sometimes it can be difficult for some men to express their feelings. Some of us might feel embarrassed or worried that we’ll be seen as weak. Some of us think we don’t have anyone to talk to. And some of us just don’t know where to start.

Men can get a lot of support and connection by spending time with their mates, so it’s important to check-in on a mate if you notice they are not doing so well. 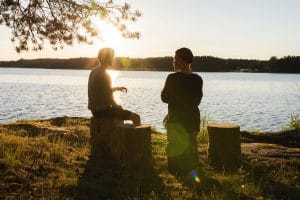 As a mate, do not underestimate the power of just ‘being there’.

Touching base and staying connected is something we can all do. Just checking-in can save a life.

What you might notice if your mate or partner doesn’t seem okay:

Starting a conversation to check-in on a mate can be daunting, but a simple conversation can help make someone feel less alone, more connected, and more supported. Sometimes all it takes to break down the barriers is for you start the conversation with your mate and ask if they’re doing okay.

Men often prefer to open-up and speak side-by-side, rather than face-to-face. You may find it is more useful to do an activity that doesn’t involve just face-to-face communication, such as going for a drive, kicking the footy, walking, or home maintenance jobs.

Men’s Health Week is your opportunity to make a positive difference in the lives of men and boys.

Need to talk to someone?

Don’t go it alone. Please reach out for help.