Queensland has recorded no new cases of COVID-19 after a Victorian couple entered the state while infectious, while other attempts by travellers to breach the border have been intercepted.

Queensland Premier Annastacia Palaszczuk said there have been no cases of community transmission so far. The results come from the nearly 6,000 tests conducted in the state yesterday.

“Thankfully today zero new cases. We would have expected to see a couple of community cases from that couple if it was going to be in the community,” she told reporters Friday.

The Victorian Department of Health said the couple has been interviewed by health authorities in Queensland, New South Wales, and Victoria.

The couple had left their Melton home, in Greater Melbourne, during lockdown on June 1, and drove through NSW to Queensland, where they tested positive on the Sunshine Coast on June 5. 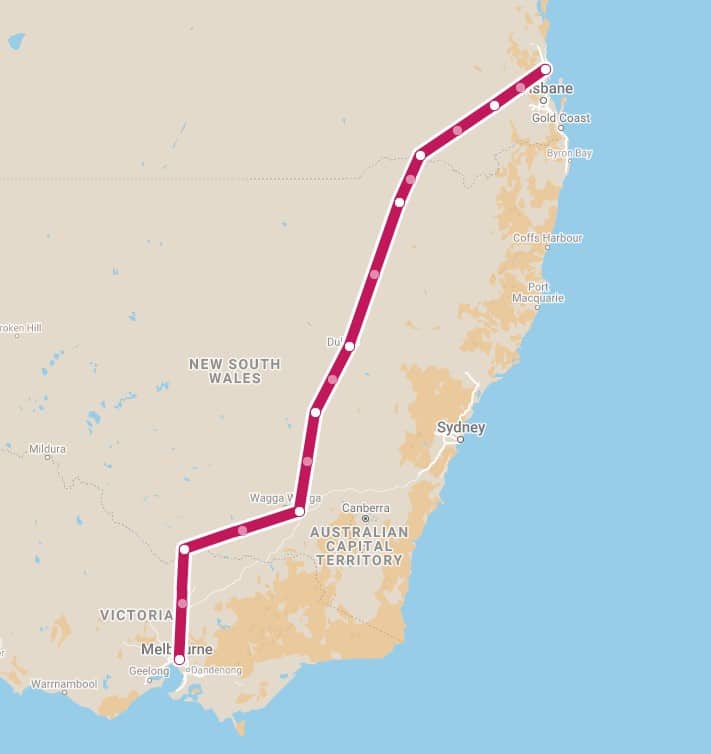 The travel path of the Melbourne couple who left lockdown and travelled through NSW to QLD. Read more about this here.

A police investigation is underway into the circumstances of the couple’s travels.

Deputy Police Commissioner Steve Gollschewski confirmed police were still waiting to interview the Victorian couple currently in isolation at the Sunshine Coast Hospital but would need to wait until safe to do so.

He also revealed five new people have been caught trying to illegally enter Queensland after being in Victoria lockdown since May 28.

“That has been a combination of people not getting border passes, but also in some instances, people putting false declarations on their border passes,” he said in a press conference.

Two people were caught coming across the Goondiwindi border and have each been issued a $4,003 fine for “failing to comply with directions”.

“On top of that, we have had another male person who has come into Dalby via the Coolangatta border who has also been fined for having an untrue declaration on their border pass,” Gollschewski said.

Two people in the Wide Bay district also came up from Victoria with no border pass at all. 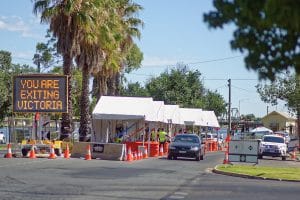 Victoria police checkpoint at Yarrawonga. There has been an additional five people caught trying to enter Queensland during the Victorian lockdown.

Consequences for those breaching covid laws

Health Minister Yvette D’Ath said police were looking for people who entered the state illegally without an exemption or travel declaration.

“We will be making sure that you are found – this is an offence. You cannot come into this state if you are from a hotspot, and put our state at risk,” she said.

“We will make sure you will face the consequences if you do that.”

There have been more than 950 contacts identified of the infected Melbourne couple, with around 300 of those considered close contacts.

“It looks like they have the Kappa variant, which is slightly less infectious, but still more infectious than previous variants,” she said.

The Delta variant was behind the wave of infections devastating India, which was then detected in Melbourne, sparking a two-week lockdown ending June 10. 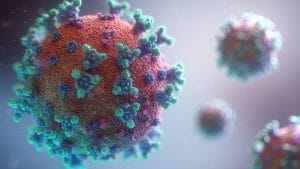 There are several different variants of COVID-19 around the world, such as Alpha, Delta, and Kappa.

The Delta variant is the most recently designated variant of concern, as classified by the World Health Organization (WHO).

It is one of the four variants most concerning to global health authorities because it is believed to show:

The Kappa strain is a variant of interest and “potentially important”, as classified by WHO.

It is one of six variants that is concerning because:

A new temporary vaccination site will open in Caloundra after a spike in people coming forward to receive the jab following the COVID-19 scare.

Ms D’Ath said the Caloundra Indoor Stadium would be open until June 23, with walk-in appointments available for people between the ages of 16 and 49.