Victoria will become the first state in Australia to tax electric vehicle drivers after the controversial legislation passed through parliament.

The Andrews government’s electric vehicle tax passed without amendment in the upper house and is set to come into effect from July 1st, 2021.

The new EV tax will see 2 different per kilometre rates depending on characteristics of the vehicle.

The Bill had initially faced opposition in the upper house, where labor does not have an outright majority, on the grounds that it was a regressive policy that would deter people from going electric.

To palliate the proposed Bill, the Andrews government introduced several reforms, including a $3,000 subsidy for electric vehicle purchases, and a promise that aims to see half of all new vehicles to be fully electric or hydrogen by 2030. 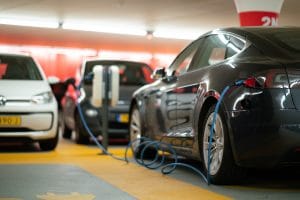 Tesla is the biggest car manufacturer in the world of zero emission cars.

“We know that the transition to electric is critical in our goal to reduce emissions and mitigate climate change,” said Transport Matters MP Rod Barton, who also voted in favour of the bill.

“However, electric vehicles will still use roads and we will still need to keep paying for them,” he said.

“This is climate vandalism in the midst of a climate crisis,” the Greens transport spokesman said.

“This was a big test for the upper house, and they failed. Rather than stand on the side of climate action and the Victorian people, they decided to roll over and stand for nothing.”

The ‘worst electric vehicle policy in the world’ will make cutting Victoria's growing transport emissions all the more harder.

The Greens will move to repeal this backwards tax on clean air.

Less than one per cent of Australian vehicles are electric but Victorian Treasurer, Tim Pallas, expects uptake will grow as they reach price equivalence with petrol cars by 2025.

A coalition of 25 car manufacturers, industry groups, and environmental groups had also recently written to MPs urging them to vote against the plan.

The open letter, signed by Volkswagen, Hyundai, Uber, Electric Vehicles Council, and the Clean Energy Council among others, branded the proposed tax as the “worst electric vehicle policy in the world”.

The tax is expected to raise $30 million over four years and is estimated to cost the average electric vehicle owner between $260 and $300 annually.

Electric vehicle owners will need to keep a logbook of the kilmotres they travel over each year through odometer readings, and at the end of year provide that information to authorities.

Failure to do so may result in registration being suspended or cancelled if motorists fail to pay on time, the explanatory memorandum to the legislation stated.

The tax will only apply to kilometres covered on public roads. For motorists who clock up mileage on private roads, the burden of proof is on them to demonstrate that fact.

South Australia was the first state to announce a plan to introduce a user charge on electric vehicles, but it has been put on hold until July 1, 2022.